Yes Milk Thistle can help with blood sugar.  We will discuss some of the mechanisms of how it works and the clinical trials that have been done on milk thistle.  This should help you better understand how you might use milk thistle to lower your blood sugar.

If you're interested in the effects of milk thistle on blood sugar keep reading we're going to discuss the details.

Does milk thistle will help blood sugar, if so how does it help? This is a question submitted by a youtube viewer, I wanted to give a little detail on how exactly it works.  Before we get into how milk thistle can help blood sugar, I want to emphasize the importance of diet for lowering your blood sugar.  Diet is much more important and will have a deeper effect on lowering blood sugar issues. Diet is better than any single herb and even in some cases better than medications.  So make sure you put in the effort into understanding the role of diet.  Let's look at some diet specifics.

The thing you want to do dietary wise is lower your carbohydrate intake.  When you have diabetes and blood sugar problems it is like your body's in debt with blood sugar.  The blood sugar and carbs are like the debt.  The more debt you consume, the longer it takes you to get out of debt.  In a similar way that debt seems to snowball and accumulate bigger and bigger amounts, the same thing happens with blood sugar imbalance and excess glucose. 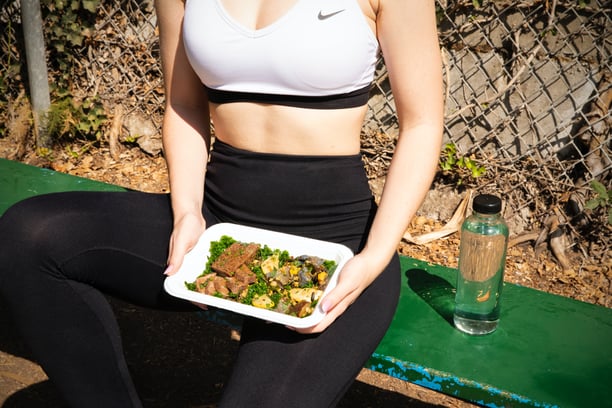 The more carbohydrates and sugary types of foods you consume, the more in debt and higher your blood sugar will get. It's not like this process happens on a day to day basis. It is more like over months and years.  This problem with glucose tends to accumulate.  To reverse it and get out of "blood sugar debt", you need to reduce your carbohydrate intake.  It has to be enough so that you body is in negative glucose balance.  When your body is in negative balance it can utilize those stored calories.  Similarly to monetary debt,  if you stop consuming so much (in terms of buying stuff ), your income will reduce your debt.  So if you stop consuming as much carbohydrates your body's metabolism will consume some of those carbohydrates.  The exact details on how to approach this should be tailor to each person.  Everyone can generally lower their carbohydrates.  There are different ways to approach it depending on what type of diabetes and blood sugar issue you have and based on how fragile your blood sugar is.  The tailored approach will ensure you don't have any side effects from lowering your carbohydrate intake too much. too fast.

So once you get the dietary part down you might be asking,  "what else can I do to lower the excess glucose."  In our debt analogy that we're using, herbs like milk thistle will help you get out glucose debt.  Below we will look at some specifics on how it can help.  It's not like it's going to wipe away all your blood sugar issues, however.  How much it helps will really  depend on how bad your blood sugar is.  You could think of milk thistle in the debt scenario analogy like a side job. It's helping out in your body's metabolism and getting rid of some of the excess glucose.  Even better way to look at it (in this analogy) is as refinancing.  Similar to refinancing the milk thistle is delaying the time it takes for the tissues to be affected. It is preserving some of your body's mechanisms and helping to lower  the overall blood sugar level.

Even with taking milk thistle the problem of too much blood glucose in your system is really still there. Until you rebalance your energetic stores and your metabolism, the milk thistle will only help preserve some of the normal functioning of your body and keep the blood glucose levels in a better range.  Enough of the analogy, let's look at some of the effects of milk thistle and the clinical trials have shown about its effect on blood sugar.

Milk Thistle is mainly known for its antioxidants and has a very protective effect in the liver.  It was initially discovered for its ability to prevent against mushroom toxicity from very poisonous mushrooms.  When you take milk thistle it blocks some mushrooms from poisoning the body.  Part of that effect is tied in with milk thistle's ability to up-regulate or increase the body's production of glutathione. Glutathione is the main antioxidant and one of the detoxification processes in the body.  So that's how I think about one of the main roles of milk thistle in the body.

More recently, in the last five years or so, there has been some emerging interest in the use of milk thistle for blood sugar.  In 2016 (https://www.ncbi.nlm.nih.gov/pmc/articles/PMC4908257/) there was a meta-analysis that looked at several randomized controlled trials.  The analysis found that milk thistle compared to placebo improved hemoglobin A1C by about one percent and blood sugar by about twenty five points.  Overall the studies were small and through combining all the studies in the analysis, it brought the total to two hundred seventy people.  The analysis combined four or five studies that they pushed together to come up with the statistics.  Because they are different studies the groups are not all the same.  They had varying degrees of blood sugar issues.  Because of this and the small size the results can not be extrapolated to the whole population.  Still it does point to some favorable outcomes.

A 2019 similar met-analysis on milk thistle and blood sugar looked at the effect of combining milk thistle with berberine.  Berberine is an extract from different plants.  It is an herbal extract that definitely does have positive effects on blood sugar. Combining the two together seem to have some favorable effects where the participants did not have to take as much of the berberine to get the beneficial outcomes.  Berberine can have some side effects. The studies found that combining the two (at lower doses of berberine) still gave the positive outcomes of blood sugar and didn't have any side effects

Let's look at some of the proposed mechanisms of how milk thistle might be exerting its blood sugar reduction ability.  There are two main ways that medications and therapeutics improve blood sugar control. One way is through increasing insulin output and the other is through increasing insulin sensitivity.  Milk thistle lowers blood sugar by having an effect on both of these areas. It can improve insulin output but more so it improves insulin sensitivity.  The improved insulin sensitivity seems to be coming from an activity that is already known through a similar effect of some medications.  There is a therapeutic medication classified as Ppar-gamma.  This is a class of medications that bind to a receptor called Ppar-gamma.   When this happens it increases the movement of glucose into the cells, into the tissues and out of the blood.

Milk thistle doesn't do this as strongly as some of the medications do it but it does seem to have some of that activity.  That's the main proposed mechanism for how milk thistle works.

We mentioned that it can also work berberine to have some kind of synergistic effect.  This synergy is likely that's due to the improved absorption rate of berberine in the presence of milk thistle.  So those are some generally ideas in how milk thistle might work for elevated blood sugar.  It is a very safe herb depending on the place you're sourcing it from.  It has several active ingredients.  When it comes to the effect on blood sugar and most of the properties of milk thistle is due to the Silymarin ingredient.

If you have a question about anything in this article, please as it in the comments below.  If you are having problems with diabetes or your blood and want a customized plan, click on the link below to get started.