Is Your Child's ADD Really Anxiety?

Are children under more stress and pressure these days compared to 20 years ago, or is it just me? It certainly seems that way. Have you ever wondered why some children ( and adults) seem to crumble under pressure while the same child in a similar situation thrives? The situation could be an academic test, a sports competition, or a school dance, some children simply do better with the stress of competition than others. So many things contribute to their ability to cope, it can be difficult for parents to determine when their child has an actual problem. The most common label for children struggling in academics is Attention Deficit Disorder (ADD) or Attention Deficit Hyperactive Disorder (ADHD). While these conditions do cause real issues for children, its one dimensional assessment and treatment is being called into question by some newer research. This newer research looks at how genetics play a role in attention, anxiety, response to pressure, and overall neurotransmitter balance. 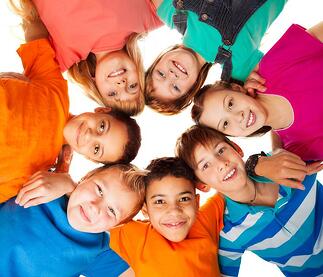 How is it that two people in a similar circumstance with similar childhood upbringing have such a different response? The answer is genetics. Of coarse the genes themselves are static but how the genes are expressed in the body varies.  There is a new wave of medicine called nutrigenomics that is beginning to be practiced more and more. Nutrigenomics is the evaluation of your genetics and treatment using nutrition. This practice allows doctors to evaluate and manipulate the way your body creates and breaks down biochemical molecules. This ultimately leads to to an enhanced balance through out the body. To illustrate how this works in children, I would like to highlight an article written in the New York Times called "why some kids handle pressure while others fall apart." This article looks at two siblings taking standardized test, their opposite reaction to the testing, and the genetic reasons for this variation.

In the article the author draws the contrast between Noah and brother Jacob Muthler both do well in school and in gifted classes. However they seem to have opposite responses to pressure. The night before the standardized school testing Noah would be worried sick. His mom notes that his worry would manifest as physical symptoms causing an upset stomach, headaches, not sleep well, crying, making excuses to not go to school, etc. This was in third grade. She explains that, it seemed to get worse and worse every year. The puzzling piece is that his older brother Jacob, also in gifted classes, seems to have the opposite reaction. Never stressed or worried he takes the pressure in stride and seems to not even care. How could two children with very similar backgrounds and similar stressors have such different reactions? If genetics are at play, what do they the genetics tell us about children's behavior, and learning?

2: Biochemisty Behind Anxiety Disorders and ADD

The biochemistry behind how different people perform under stress and pressure is incredibly complex process to evaluate. In an effort to isolate and differentiate specific areas, researchers are looking at one particular gene called the catechol-o-methyltransferase or COMT for short. This gene is responsible for creating the enzymes which in turn determines how quickly or slowly our bodies breakdown compounds called catecholamines. These are the molecules that are released from the body during periods of perceived stress or pressure.  Epinephrine or adrenaline is one example of these kinds of compounds along with dopamine and norepinephrine. As our bodies make these, they have to be broken down and that is where the COMT enzyme comes into play.

It turns out that there are several variations in the enzyme breakdown speed which is determined by your individual genetics. There are basically 3 main variations:

It is important to note that the slow metabolizers are about 40-400% slower at breaking down these catecholamines than the fast metabolizers. During periods of high stress our bodies are flooded with dopamine and epinephrine so we can focus on the task and make decisions quickly. When it comes to general stress, Anxiety Disorders, and ADD the amount of the these chemicals (in particular d) in the prefrontal cortex is particularly critical.

The prefrontal cortex is also know and the executive decision making center or the processing center. This is where we plan, anticipate, resolve conflicts, etc. So all the information from the lower processing centers filters into and through the prefrontal cortex where a reaction or decision is made. Typically speaking, the more dopamine present in the prefrontal cortex the better an individual will be at these executive decision making tasks. This seems to bear out in research when we compare reaction times of fast COMT metabolizers to slow COMT metabolizers. Researchers have consistently found that under normal circumstances those with the slow COMT enzymes will have statistically significant advantage over people with fast COMT enzymes in cognitive tasks like, computerized puzzles, portions of the I.Q. test, etc. It simply comes down to the fact that these people seem to be able to focus on the task better. So how does this relate to Anxiety Disorders (Generalized Anxiety Disorder, PTSD, etc) and ADD/ADHD?

In Attention Deficit Disorder the goal is to increase dopamine and epinephrine in the prefrontal context. This is what drugs like Ritalin do.  With Anxiety Disorders the goal typically is to decrease these same molecules along with increasing other calming molecules. At first glance it appears that all individuals diagnosed with ADD would have fast COMT.  However that is not always the case and there appears to be limits to the dopamine advantage when it comes to focusing. We will discuss this more below but first lets look more closely at the variations in dopamine and behavior. This was illustrated in a study performed in Taiwan.

A study in Taiwan sought to look at how the COMT gene effected performance on a very high pressure standardized exam. To give you an idea of just how high pressure this test is, the exam determines the type of high school the child would go to.  The high school determination will in turn predicted their ability to get certain jobs and their future social class. For this study, the researchers took genetic samples from 779 students across 3 regions in Taiwan. The results showed the opposite of what was expected for those with higher dopamine levels.

The students with the faster acting COMT performed about 8% better than those with slow COMT enzyme function. This means that in this high stress environment having lower dopamine and other catecholamines was actually better for performance. What this suggests and what other studies have since validated is that for optimal focus dopamine levels have an optimal range. Too much dopamine and  excitatory catecholamines and your child can't focus and likely because they are over stimulated and slightly anxious. Too little dopamine and your child can't focus well either. Most ADD and ADHD is diagnosed through a series of questionnaires filled out by multiple people the child encounters. However these questionnaires are looking for supportive evidence of poor focus.  When this is present more stimulants like Ritalin, Adderall, etc are given. These do increase the dopamine in the prefrontal cortex. However, as this research clearly points out, the answer is not always more dopamine and other molecules that initiate focus. In fact the exact opposite may be needed.

4. Testing and Evaluation of Your Child's Genetics

Armed with this information you might be wondering; which COMT do I have? or which one does my child have? If you struggle with concentration, have been diagnosed with ADD, or an anxiety disorder, its a good question to ask. Testing for your COMT genetic profile is quite simple and can be done through a saliva test. While the testing is simple, determining what to do with the information is quite another matter. Many children and adults are diagnosed with ADD or ADHD and they actually have the slow COMT enzyme, meaning they have high levels of dopamine and epinephrine. This is the opposite of what we think causes ADD and ADHD and exactly what we do believe causes Generalized Anxiety Disorder and Panic Disorder. While dopamine and COMT are very important to ADD and anxiety, there is more to the story then just how dopamine and epinephrine are broken down. We also have to consider if there is enough being produced and the amount of carrier proteins available. All of this information can be gathered by your naturopathic doctor skilled in nutrigenomics. Once testing is completed, the doctor will treat the genetically altered enzymes with nutrients, nutrigenomics. We can make these enzymes work better through the foods we eat, our lifestyle, and nutritional status. Determining what to do, not do, take, and avoid requires a detailed analysis of your symptoms, history, personality, genetics, and health. This kind of detailed work can have a remarkable impact on one's mental health.  This is not to say that the only things that matter for behavior and mood are neurochemical balance, however.

Stressors and pressure affect us all differently. Knowing how your body is wired to process stress can help you use stress to your advantage and be better prepared for it when it comes. Getting support from a naturopathic doctor skilled in nutrigenomics can help you balance out how you naturally process stress and your neurotransmitters. This is a great tool for anyone suffering from mood or behavioral problems like Generalized Anxiety Disorder and Attention Deficit Disorder. While this is a powerful tool, it is just one aspect of our being and treatment approaches. For instance cognitive behavior therapy, spiritual connection, and other nutritional issues have also been used with success.

Let us know you thoughts, questions or concerns in the comment section below and if you want help getting a  customized nutrigenomic plan for you or your child click on the link below.