Acupuncture for depression is a viable and healthy treatment according to a recent study led by Hugh MacPhearson, head research fellow in the Department of Health and Science at the University of York. Recognizing that prescription antidepressants are ineffective for more than half of patients, MacPearson and his colleagues wanted to perform in-depth analysis of 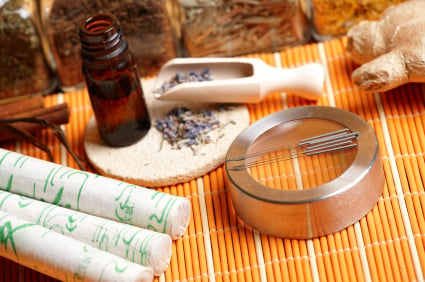 After a comprehensive analysis of 755 patients, the researchers determined that acupuncture can be a highly effective method of treating depression, without the negative side-effects commonly associated with pharmaceuticals.

According to statistics, depression or a feeling of hopelessness affects 350 million people, which works out to about 1 in 6. It is also the leading cause of suicidal thoughts and tendencies, and has been linked to physical illnesses and disease. Unfortunately, the go-to treatment in many traditional medical practices is to prescribe anti-depressants, which have been proven ineffective for many, and often cause side-effects that are more debilitating than the depression itself.

MacPhearson and his colleagues selected 755 adults from 27 health practices across northern England. All of the patients were labeled with moderate to severe depression. They were divided up into three groups. One group received twelve weeks of regular acupuncture treatments in addition to their normal care, the second received twelve weeks of regular counseling in addition to normal care and the third group received only normal care. Approximately 70% of those included in the study were taking some form of anti-depressant.

Patients were evaluated in three-month increments, up to 12-months following the end of the study. The study concluded that, "there was a significant reduction (a reduction unlikely to have occurred by chance) in the average PHQ-9 scores at both 3 and 6 months for both the acupuncture and counseling interventions."

Further studies will need to be done to determine if particular types of acupuncture and/or counseling are shown to be more effective than others. Regardless, the proof that acupuncture for depression is effective is great news for those who want to avoid taking antidepressants, or who hope to wean from current antidepressant or anxiety medications for a more natural and holistic approach to depression treatment.

Why and how does acupuncture for depression work?

From the ancient Chinese perspective, acupuncture works to bring balance and harmony to the inner organs and systems in the body, as well as the energy - or qi - that flows within and without us. When these energies become blocked, physical and emotional well-being is compromised.

From the scientific perspective, the role of acupuncture in depression has been shown to stimulate the production and circulation of hormones and neurotransmitters that are instrumental in healthy immune function and a balanced nervous system. These include endorphins, seratonin, dopamine and norepinephrine, all of which can help to resore a positive mental and emotional outlook.

If you suffer from depression, you might consider using acupuncture in conjunction with your existing treatment plan. Typically speaking most conventional medication does give patients 100% relief from their symptoms. Acupuncture can bridge that gap and bring you closer to 100% relief. For those that cannot tolerate the side effects of conventional medication, they may be a candidate for acupuncture only treatment or acupuncture in conjunction with naturopathic medicine therapies. Make an appointment for a free consultation at Southwest Integrative Medicine to see what acupuncture for depression can do for you.